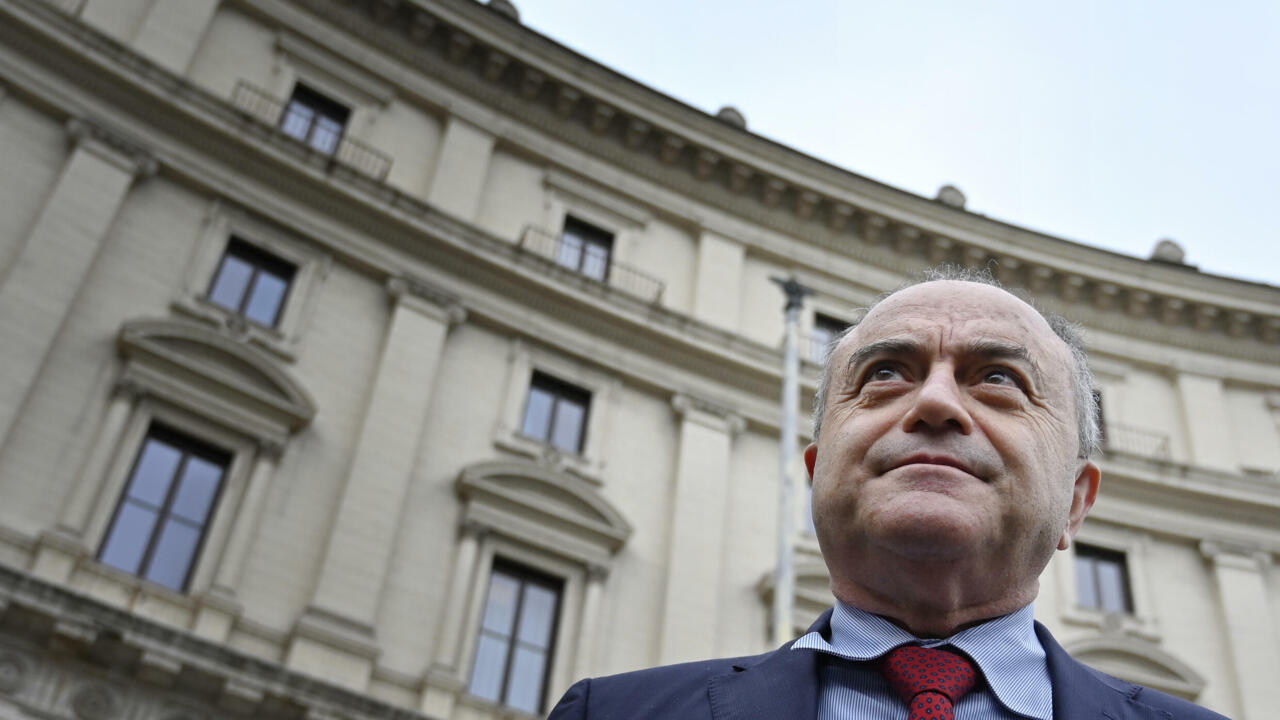 Catanzaro (Italy) (AFP) – One day a week, Nicola Gratteri, Italy’s most prominent anti-mafia prosecutor, receives people in his office to listen to their grievances.

In Calabria, the impoverished southern region home to the dreaded ‘Ndrangheta mafia, problems locals face include threats, intimidation, extortion, loan sharks and even bloodshed at the hands of organized crime.

Those who have been waiting for their turn for 10 minutes with Gratteri are Calabrians who, until recently, considered the state to be “very far away”, the public prosecutor told AFP in an interview.

“All the oppressed who have been humiliated, who have been threatened, those left behind come to speak,” said Gratteri, who himself has lived under state protection for over 30 years.

â€œThey cry, they despairâ€¦ they get moved because they are arguing with the prosecutor. Then they take heart because they see that we are serious.â€

For decades, the growing influence of ‘Ndrangheta, aided by close ties to politics and business, has been underestimated or rejected by the state – too weak, inefficient and corrupt to tackle to the crime syndicate that has spread throughout Italy and abroad.

Since becoming a Catanzaro provincial prosecutor in 2016, making him responsible for anti-Mafia proceedings in three quarters of Calabria, Gratteri has been hailed as the region’s last hope by many, although criticized by some. as being overzealous and striving for glory.

Either way, he is determined to prove that the ‘Ndrangheta is not invincible.

The latest high-profile example is the ongoing “maxi-trial” against 355 suspected Mafia members and associates, held in the nearby town of Lamezia Terme, the largest such trial in three decades.

While the trial is far from over, the prosecution won a first victory this month in a lower court.

Guilty verdicts were handed down against 70 of the 91 defendants under a fast-track procedure, including key Mafia operatives who were sentenced to a maximum sentence of 20 years.

An unprecedented number of 58 Ndrangheta members who have become state witnesses have spoken out to divulge the secrets of the organized criminal group, considered the most powerful in Italy.

But, as in all proceedings against the ‘Ndrangheta, most of the victims are reluctant to denounce the group.

This is where the weekly Gratteri ritual comes in.

The reason the Calabrians don’t speak to the authorities is not because of the code of silence, but because “they don’t know who to talk to,” Gratteri said.

There have been few things that have drawn Calabrians to their government over the years.

Infrastructure projects remain unfinished, the healthcare system is on the verge of collapse, and one of the highest regional unemployment rates in Europe is sending the best and brightest from the north of the region to find work. job.

Since 1991, 110 city councils in Calabria have been dissolved after being infiltrated by the Mafia, 61 of which were twice.

The council of Lamezia Terme, the third city in the region and seat of the trial, has been dissolved three times, most recently in 2017.

Over the past decades’ Ndrangheta has gradually expanded as attention has shifted to Sicily’s Cosa Nostra following the 1992 murders of anti-Mafia prosecutors Giovanni Falcone and Paolo Borsellino.

Aided by its white-collar ties, the ‘Ndrangheta is now penetrating all sectors of the Calabrian economy, experts say, including construction and public markets, money lending, hospitals, agriculture, tourism and more.

Gratteri estimates that 9% of Calabria’s gross domestic product is robbed by the ‘Ndrangheta, whose near-monopoly on cocaine entering Europe and other lucrative activities such as public procurement rigging and fraud earn dozens of dollars. billion euros each year.

Its proceeds of crime, as well as its infiltration into the legal economy at home and abroad, amount to 50 billion euros ($ 56 billion) per year, he estimates.

Against this pervasive threat, Gratteri needs the cooperation of the public, which he says has been more open since the trial, with ordinary people sharing useful information.

“Today people talk more because they trust us more. People see the results and therefore they are encouraged, they see us as credible,” he said.

Pioli happy with midfielders but admits ‘January emergency’ awaits him