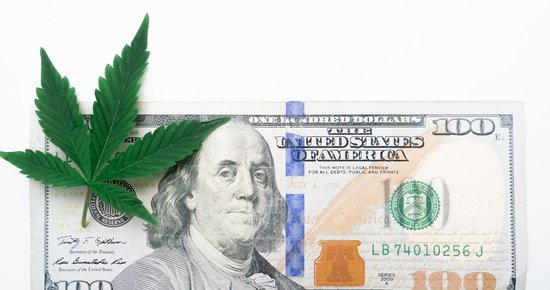 Photo by Kindel Media via Pexels.

The concept of loss leadership, a pricing strategy where a product is sold below market cost to stimulate the sale of more profitable goods and services, is currently receiving considerable attention in the cannabis arena.

Here in California, amid an aggressive drop in cannabis prices at the wholesale level, small farms are cursing business operators for intentionally lowering prices to force them out of business.

Is there a sinister corporate game widely embraced to stifle family farms in the Golden State, or is a highly competitive marketplace in a capitalist nation just going as expected?

For starters, it seems like calling the current situation “loss leadership” is a mistake. Although cannabis retail establishments have been documented to use loss leadership as a pricing strategy, i.e. selling a range of pre-rolls at low prices to entice and steer buyers towards products with higher margins like cartridges, packaged flowers, or dabs, I couldn’t find literature to support this at the wholesale level.

More correctly, I would say that larger companies have more scale efficiencies and can “afford” to move cheaper products than others. In this context, I would say that they deploy market penetration pricing, whereby they accept smaller short-term margins on sales, in exchange for greater market share, and ultimately higher profits a time they have conquered a larger clientele.

What seems to be the case in California cannabis, in particular, is that price compression is more of a structural reality than a more devious result of corporate design.

First, California produces a lot of weed – more all the time, in fact. As I have written in the past, with large quantities of production and relatively few retail outlets, supply far exceeds demand and prices fall. This happens with all commodities and agricultural products and cannabis is no different.

Additionally, cannabis is a discretionary purchase for most consumers. While a certain segment of the population uses based on medicinal needs, most consumers, especially when it comes to adult markets, use occasionally. Since inflation is rampant right now, people are spending way more on everything else. Prices for gasoline, food, clothing, pet supplies, household cleaning products, durable goods and many services are rising rapidly.

With more money for living expenses, most average consumers simply have less to spend on weed. The government stimulus has slowed and cannabis retail companies are noting how much average purchases have fallen. A dispensary owner I spoke to recently said that people used to spend a couple hundred dollars in the store, now they’re spending $40.

Up and down the supply chain, businesses, like consumers, face rising input prices. Packaging materials and other supplies used in value-added segments like manufacturing are up dramatically and hurting profits. With that in mind, companies need to control costs in other areas, like what they pay for cannabis flower, biomass, or bulk extracts.

So while it’s easy (and popular) to curse Loss Leadership for California’s cannabis woes, like many things in life, the truth seems more complicated.

More than anything, it seems cannabis operators have been forced into a downward pricing strategy, not so much by design, but by circumstance. Ever-increasing competition, growing supply, slowing demand and the need to reduce input prices have reduced the price of books and more are likely to occur.

In addition to the market forces discussed above, desperation, not ill intent, is forcing some producers deeper into a downward price spiral. A poor quality product, the need to finance operating expenses or debt service can create a real need for cash in the cannabis sector, especially since loans and access to the banking system are still limited in the area.

As capital requirements increase, desperation ensues and operators of all sizes may be forced to move products quickly. Buyers, happy to capitalize on cheaper products, will gobble them up and convert struggling prices into the new normal. Just as Nor Cal’s black market buyers cite The Pines as a cheap source, legal distributors cite Salinas, Santa Barbara, and Desert Grows in an attempt to whittle sellers down to a few dollars a piece.

As long as there are a sufficient number of producers in the game, someone is always obligated and willing to sell to a lower number. The price contagion is real and a downward cascade ensues.

In my opinion, California has reached a point where the market no longer balances. It used to be that weed became harder to come by in early spring and summer and prices plummeted, filling the pockets of those holding flowers or having early lows. This is no longer really the case.

Year-round production is now big in Cali, and more products are coming online all the time. This fact only exacerbates desperation and forces cash-strapped farmers to sell cheaply.

After a very brief window in which prices firmed up, things seem to be coming down precipitously. We’re hearing $600-800 for bulk deposits, prepackaged books a bit better. Last year, which ended very badly for prices, books were much higher at that time.

As the season matures and supply expands further amid inflation and the impending recession, I anticipate many growers will experience a cash crunch. With financial obligations looming, people will be forced to sell – cheaper and cheaper, I guess.

The legal cannabis industry has proven to be a real challenge. Some of the largest multistate carriers and global giants like Aurora are posting massive losses — hundreds of millions to billions a year. Investment has flooded the industry, but the influx is slowing, or at least becoming more scrupulous.

Interest rates and the cost of capital are rising and investors are getting grumpy, demanding a return on capital. I anticipate bankruptcies, takeovers and forced liquidations in the coming months. Caught in the middle of it all, there will be millions of pounds looking for a home. My guess is that prices will continue to fall – not due to a strategy of losing corporate leadership, but due to the dynamics of the industry and the economy.

Things may change, but right now it looks like tough times are brewing. I received two calls this week that troubled me even more and exemplify the case I present here, abundant product with limited distribution equates to lower prices.

The first was from an acquaintance who had “tons of depths and ins” at $400 to $800 apiece. The second was from someone looking to move many, many pounds of prepackaged one gram tubs of sauce. Both were related to the traditional market.

If the illicit market, which accounts for around 75-80% of the total cannabis market, is also struggling to get product to the market and slashing prices in May, how can we expect this year to play out on the West Coast? ?

Maybe eliminating the culture tax, as proposed for July 1, will shake things up a bit and get some more capital moving, but other than that I expect prices far exceed last year’s lows, to the point where so many traders are failing. the supply/demand equilibrium returns to a closer equilibrium point.

As in every recession or difficult period within an industry, opportunities always exist. Several well-established brands are looking to source some truly exceptional flowers and the market for full terpene extracts continues to attract attention. It’s time to get in the saddle, control costs, increase returns, perform at your best, and prepare for what seems like a wild ride.

All the best to Humboldt and beyond,