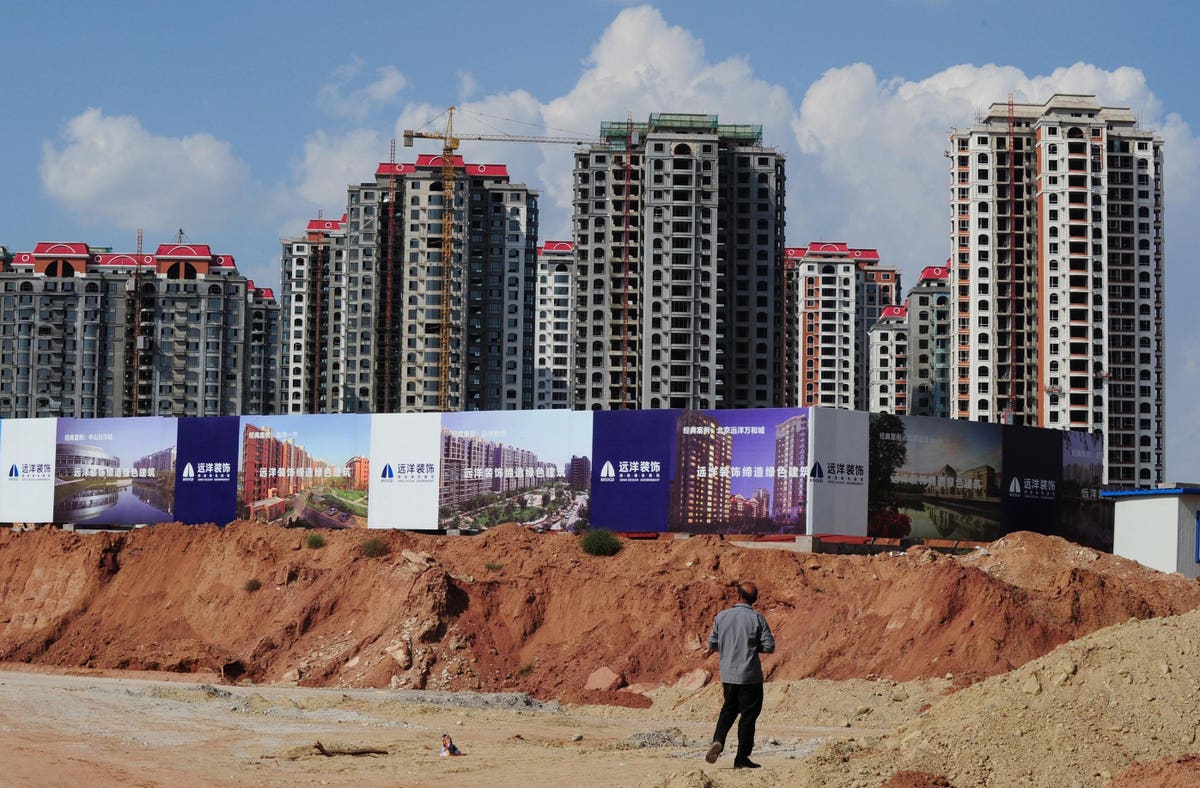 Soft or hard? China’s real estate sector is coming in for a landing

The Chinese government is trying to persuade the rest of the world that the real estate crash is well under control, everyone’s money is safe, and the growth narrative will pick up after the commercial break. After all, the Winter Olympics will soon begin in Beijing, and just over a year and a half later, China’s supreme leader, Xi Jinping, will (likely) be named ruler for life.

Unfortunately, there is little evidence that the “soft landing” is actually happening. For a decade, oversupply of housing and accompanying construction has been the main driver of national growth. With the Evergrande collapse that began last August, that is ending. Even though the Chinese government eased credit, opened up mortgages and funneled money to bankrupt developers, it only managed to make the decline slightly less extreme.

The chaos started in the small towns, the ones they call Tiers 4 and 5 in China. Prices there are falling by 20-40% despite government warnings that vendors should not discount too much. Market confidence improved in December, but only compared to November. Buy transactions recovered 29% month-over-month for China’s top 100 developers, but were still down 38% year-over-year.

The government injected money into the market:

· Banks have been instructed to ease mortgage requirements and speed up issuance.

· The proposed property tax has been mothballed, or at least delayed.

· Restrictions on loans to developers have been relaxed.

· The People’s Bank of China (PBOC) cut reserve requirements by 50 basis points in December, the second time since July. The 50 basis point drop freed up about 1.2 trillion yen for new lending.

The PBOC cut the benchmark lending rate in December for the first time since April 2020, cutting the one-year prime rate from 3.85% to 3.8%.

· Restrictions on buying homes have been removed in many cities.

· About 30 cities set floors on the prices at which real estate transactions can be recorded.

Defaults are shaking the sector. Evergrande (3333 HK) is just the best known: the company has defaulted on $1.2 billion in bond payments and is undergoing forced restructuring in China. But in the meantime, there have been many others. Kaisa Group (1638 HK), which experienced one of the world’s most peculiar defaults in January 2015, defaulted on a payment of $400 million. Shimao Group failed to pay 645 million yen out of a total of 792 million yen due on Dec. 25. Guangzhou R&F (2777 HK) said it would default on $725 million due on January 13. Sinic Holdings defaulted on $250 million of offshore bonds last October. China Properties Group defaulted on $226 million of notes on October 15. Fantasia Holdings (1777 HK) defaulted on $206 million in early October. And many more are now in danger.

The drop in real estate transactions pushed construction into a tailspin. New housing starts are at their lowest since 2017. A drop in demand for steel in 2022 of at least 5% – or about 100 million tonnes of iron ore – is inevitable.

If China fails to save its real estate market, there will inevitably be contagion on international markets. We see the order of training effects as follows:

Commodities supplied from abroad such as iron ore, coking coal, copper and potash

The luxury segment in China, so largely fueled by real estate capital gains

· The value of RMB. As the RMB devalues, expect deflation to spread throughout the global economy.

A question on which there has been too little analysis: the Chinese real estate market has been the most egregious example of elite theft on the planet.

During the first two decades of reform, China was so poor that even a small amount of investment capital induced a lot of growth. The vast majority of the population was young, rural, and willing to accept any hardship to give the next generation a head start in prosperity. The workers who migrated to the factories on the coast in the 1990s, and of course the civil servants who took generous cuts from investment capital, made buckets of money.

Workers who were getting rich poured their money into the millions of apartments built across the country, and a drumbeat of positive statistics told them that their property was worth many times their annual salary. Local governments converted land intended for agricultural use into residential land and reaped monetary windfalls. They tricked local people into acquiring new residential towers on the promise of massive gains and a future life of urban leisure. In the last decade of the crazy real estate bubble, Chinese government officials raised billions, if not trillions of dollars

Now, as real estate values ​​plummet, it is farmers, taxi drivers, waitresses and factory workers who will see their imaginary wealth melt away. The officials who designed all of this already have their money overseas.