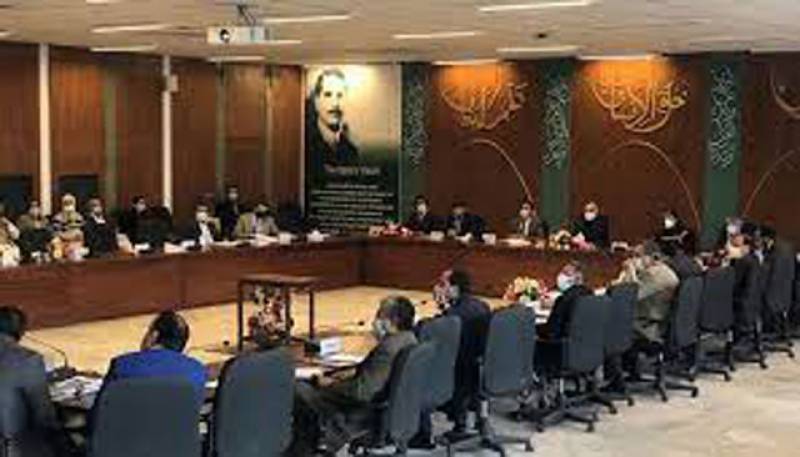 The Locust and Food Security Emergency Project is being revised to reallocate funds to provide wheat and oilseeds to farmers in flood-affected areas. The revised Desert Locust and Food Security Emergency Project was approved at an emergency CDWP meeting held under the chairmanship of Federal Minister/Vice-Chairman of the Planning Commission Ahsan Iqbal. The World Bank will provide $96 million for the locust emergency and food security project, while the remaining $18.18 million will be provided by the Pakistani government, an official source said.

Locust Emergency and Food Security is an ongoing project sponsored by the Ministry of National Food Security and Research (NFS&R) and will be implemented across Pakistan. The project aims to improve the country’s preparedness to combat future attacks of locusts and other invasive pests and to mitigate the negative socio-economic impact associated with pest attacks by strengthening the capacity of the plant protection department and by strengthening the national food security system. The initial project was approved by ECNEC on April 20, 2021 for a three-year period funded by a $200 million World Bank loan, official sources told The Nation.

The activities were designed to control and mitigate the locust attack. However, the locust was effectively controlled in December 2020, before the launch of the project. The amount of $104 million was handed over to the World Bank, the source said. The remaining $96 million is to be used for the rest of the components. Faced with the challenges posed by the recent floods, public sector development projects, including LEAFS funds, are being reallocated to meet emergency needs. The project is being revised to align project activities with the current security risk scenario in the country. It is proposed to extend the implementation period for another 24 months.

In the original project, the beneficiary farmers were those who faced locust attacks while the revised project provides for a protection program that provides immediate relief to farmers and livestock owners in locust/flood damaged areas. The current project will provide assistance to farmers across the country, an official source said. During the meeting, the Minister of Planning ordered to establish a green channel mechanism within the Ministry of Planning to deal with flood-related projects urgently to quickly utilize foreign multilateral funding.

The CDWP has recommended the LEAFS project with a total cost of Rs. 25.120 billion to the Executive Committee of the National Economic Council for further consideration. Apart from the World Bank aid of Rs.21,120b, the Government of Pakistan is also providing a share of Rs 4b.An amount of Rs. 800 million has been allocated in the current financial year 2022-23. The Minister of Planning further ordered to review the scope to facilitate farmers affected by the floods. He said sponsors will review the demand for vehicles and all project vehicles will be monitored and reported on a monthly basis through a tracking system for efficient use. It aimed to ensure maximum resources under the project for the provision of inputs to farmers. The draft has been submitted to ECNEC for further review.