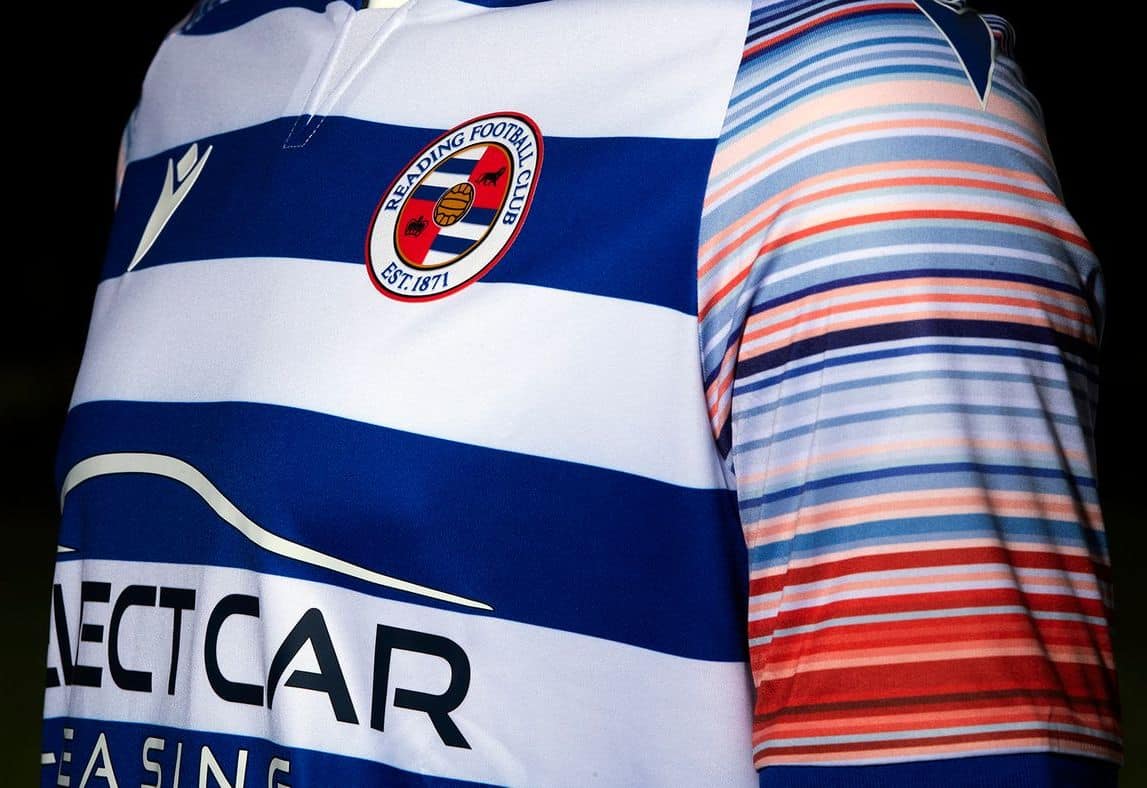 Reading FC are hoping to start a conversation about the climate crisis with the release of their new home kit.

Sporting the classic blue and white hoops, the new Macron-designed shirt features a climate change emergency stripe pattern on the sleeves produced by the University of Reading.

After having had a special edition kit during the last campaign to celebrate the club’s 150th anniversary with a gold badge, this year’s strip is returning to the traditional club badge.

A statement on Reading FC’s website read: “The bold stripe design, which features on the sleeves of the new home shirt, was first created by Professor Ed Hawkins of the University of Reading in 2018. Each band represents the average temperature for a single year, compared to the average temperature over the entire period; shades of blue indicate cooler than average years, while red indicates warmer than average years. And the stripes on the home shirt specifically track climate change in Reading throughout Reading Football Club’s 151-year history.

“The shirt itself is made from Eco-Fabric, 100% of which comes from recycled plastic bottles. This innovation is part of a wider series of initiatives undertaken by our official technical partner as part of its “Macron 4 The Planet” campaign, which is committed to bringing new eco-sustainable products to the market.

Professor Ed Hawkins said: “The climate stripes are meant to start conversations about climate change – and making them visible to thousands of football fans across the country every week brings that to a new audience.

“Support is a powerful thing in football and this collaboration makes it a key theme of the season. We hope the fans of Reading Football Club will push them to success this season, while at the same time the players and the club support climate action and recognize science.

The Royals kick off the new campaign with a trip to Blackpool on Saturday.

After narrowly surviving relegation last season, it was a summer of change on and off the pitch in Berkshire that saw Paul Ince appointed full-time manager, while former boss Mark Bowen returned to charge football operations.

Along with several other changes to the hierarchy, Reading have managed to add seven players to their squad despite a transfer embargo that limits them from signing free agents and players on loan.

Joe Lumley, Tyrese Fornah and Jeff Hendrick have joined on season-long loan deals, while Shane Long has returned after more than a decade away from the Royals.

The jersey is available for fans to pre-order online.