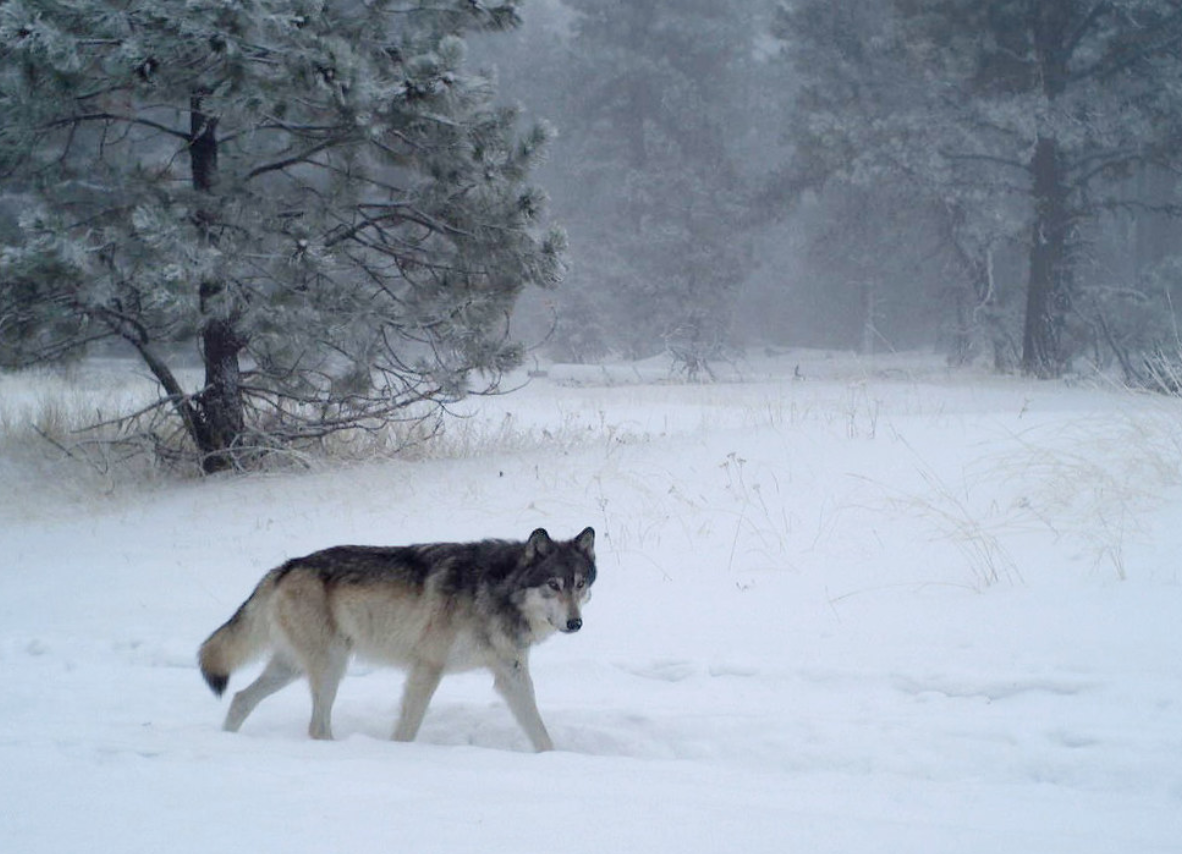 SALEM, Ore. (KTVZ) – Oregon State Police said Thursday they are seeking public assistance in locating the person or persons responsible for the poisoning of several members of the wolf pack Catherine and other wolves and animals in eastern Oregon.

A spokeswoman for the agency said all leads have been exhausted, so they are asking the public for help.

Wolf advocates were stunned by the news, calling the killings horrific and egregious, according to the Associated Press.

Wolves once roamed most of the United States, but were wiped out in most places in the 1930s as part of government-sponsored poisoning and trapping campaigns. Wildlife advocates argue that continuous protections are needed for animals to bounce back.

Here is the rest of the OSP press release, in its entirety:

It was later determined that the wolves belonged to Catherine’s pack, with all known members present and deceased. The wolves were located southeast of Mount Harris in Union County.

Fish and Wildlife Troopers and ODFW personnel, with the help of a helicopter, searched the area for anything of probative value. An additional dead magpie was also found near the dead wolves.

The five wolves and the magpie were collected and transported to the US Fish and Wildlife Service’s forensic laboratory in Ashland to determine the cause of death.

On March 11, the Fish and Wildlife Troopers again received information from ODFW staff regarding an additional wolf collar signaling a mortality at the same general location. A search of the area found a dead wolf, a skunk and a magpie, all very close to the scene.

All animals were collected and immediately submitted to the USFWS laboratory for testing. The wolf was dispersing from Keating’s pack.

Fish and Wildlife Troopers were initially prevented from investigating the scene due to snow levels and inclement weather. The soldiers continued their search over the following weeks as the snow continued to melt and found evidence of suspected poisoning. Evidence has been submitted for testing and analysis.

In April, the USFWS submitted its examination reports with results consistent with poisoning as the cause of death for the six wolves, the skunk and two magpies. Laboratory results also indicated that the suspected evidence confirmed a toxic substance.

In both cases, the cause of death was not obvious, an autopsy and tests were performed. Toxicology reports confirmed the presence of different types of poison in the two wolves. Based on the type of poison and the locations, it was determined that the young wolf’s death can be linked to the previous six poisonings.

Oregon State Police Fish and Wildlife Troopers continued their investigation in the months that followed, but exhausted leads in the case. OSP requests that anyone with information relating to this investigation contact the Oregon State Police through the OSP TIP helpline: 1-800-452-7888 or OSP (677) or TIP E -Mail: [email protected] Please refer to case # SP21-033033.