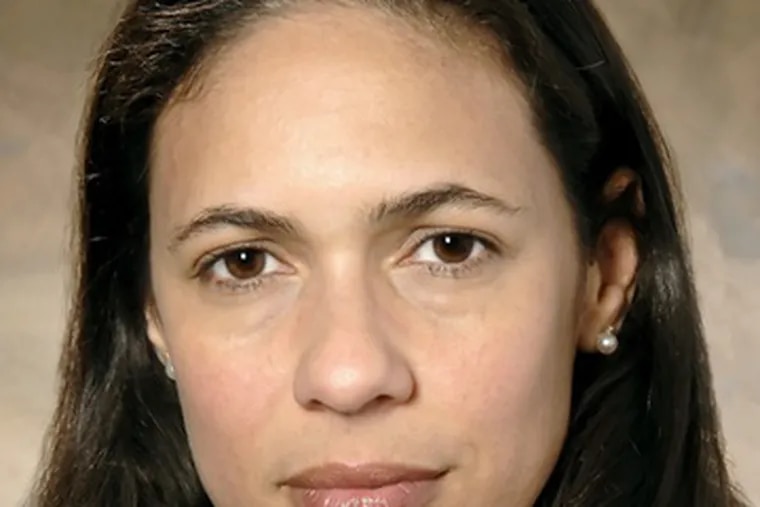 Philadelphia community aid groups and commercial banks have teamed up to fund a new loan program for area black and brown business owners, with the goal of lending $ 100 million over the four coming years.

The Philadelphia Growth, Resiliency, Independence, Tenacity (GRIT) Fund has so far raised loan and grant commitments totaling just over $ 13 million, according to Varsovia Fernandez, executive director of the Pennsylvania Network, which has helped build. organize the new fund. “This is the first phase of a four-year program,” she said Tuesday.

The new fund is the result of some 30 financial institutions, including the Federal Reserve Bank of Philadelphia and the Urban Affairs Coalition, who have joined the Recharge and Recovery initiative of the Greater Philadelphia Chamber of Commerce to mitigate the impact of the pandemic on small businesses.

The group transformed into the Greater Philadelphia Financial Services Leadership Coalition and launched the fund.

“Despite efforts over the past year, the assistance provided to small businesses has not met their needs, especially minority businesses,” said Dan Betancourt, president of the Pennsylvania CDFI Network and CEO of Community First Fund.

“This effort is unique – we don’t know of the heads of financial institutions meeting on this scale.”

The funds will initially be disbursed through 11 community development finance institutions, known as CDFI, which have been used by the federal government to distribute funds for P3s and other emergency programs since. the onset of the COVID-19 crisis.

CDFIs will first receive funds from the PHL GRIT Fund, then turn around and provide loans. The reason?

“Many small businesses lack confidence in financial institutions,” Betancourt said. “We help them bridge the gap to the mainstream over time. This building of trust is important.

“To grant these loans, CDFIs must maintain a healthy balance sheet. Usually the banks don’t support these organizations, so it’s unique to this program, ”Lonergan said. “Coming together in this way to support CDFIs is a new model for us and one that we hope to expand over time. “

So far, the effort has attracted regional banks such as Customers Bank, Univest, and WSFS, as well as minority depositories Asian Bank and United Bank of Philadelphia. Larger institutions, such as Bank of America, Citizens Bank and PNC Bank, also made capital commitments, but details were not available.

In the next phase, the Community First Fund, the IPDC and the Reinvestment Fund will receive money from the new fund.

Q: Where does the money come from?

A: Contributions come from the banks and the Frances P. Kellogg Fund of the Philadelphia Foundation.

Who decides who gets it?

The Pennsylvania CDFI Network manages the program and will distribute balance sheets and transactions to CDFIs. Strengthening these areas is necessary to support lending and assistance to small businesses.

Who backs or guarantees the loans against losses?

Banks provide investments in the form of loans directly to CDFIs. For example, a CDFI can take $ 2 million in capital and then lend to the small business. CDFIs take capital based on the capacity of the balance sheet and the ability to obtain loans.

Will the program evolve (new loans funded by past loan repayments)?

As with all loans, if a client wants to refinance – maybe an interest rate is lower at that time or if they need to increase the loan amount for working capital or to buy a building – he can refinance.

Some are not secure, some are secure. This will depend on the needs of clients and small businesses and the structure of the loan.

Any other programs in other cities that this can be compared to?

We believe this is the only such program in the country where banks have come together to work collectively for the good of small black and brown businesses. It is the only one in the state.