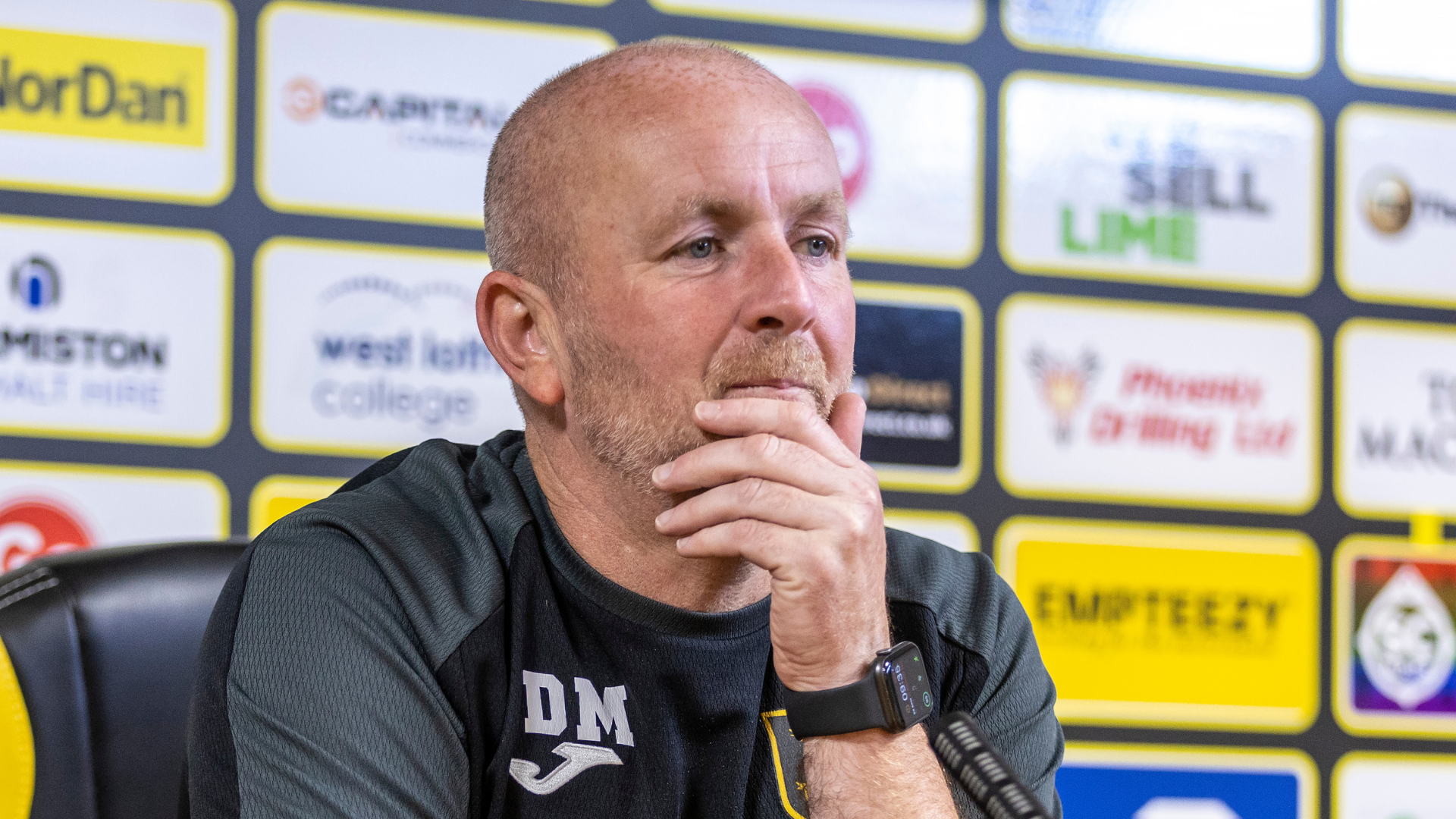 LIVINGSTON are in crisis mode ahead of their Premier Sports Cup game against Cove Rangers.

Starting keeper Max Stryjek was sent off in the second half of their second group game against Inverness on Tuesday.

It was not the result Livi boss Davie Martindale was hoping for as his side are now third in the group after their two games, behind leaders Inverness and Cove who are ahead on goal difference.

And now that leaves the West Lothian club without their first-choice keeper for their game against Cove tomorrow.

This means they only have substitute Ivan Konovalov available for the game, while Brian Schwake is on loan at Greenock Morton.

But they have their options covered as they recalled goalkeeping coach Gary Maley from retirement just a month after he officially hung up his gloves following the end of last season.

The club released a tweet announcing Maley’s return to the squad for the Premier Sports Cup clash.

The tweet read: “With Max Stryjek suspended following his mid-week dismissal, first-team goalkeeping coach @Maley1Gary has come out of short-lived retirement and has been registered by the club, going straight into the squad for tomorrow’s @PremierSportsTV Cup clash with @CoveRangers FC.”

Maley eventually made his top-flight debut for Livi in ​​May against Dundee in the final home game of the Premiership campaign, as a late substitute for Stryjek.

He joined the club in 2016 but had to wait six years to win the league.

And Martindale even thinks the introduction of Maley was key to Livingston get the win that day, due to the crowd reaction.

He said: “The game changer was putting on the big Gary Maley. We were down 1-0 and winning 2-1 so that must be the headline,” he said after the game.

“The substitutions really helped us get back into the game and, joking aside, the big Stretch (Maley) actually drew the crowd – and I think that translated into the park. And the four substitutions helped that. , obviously. “

The Best Fintech Stocks to Buy With $100