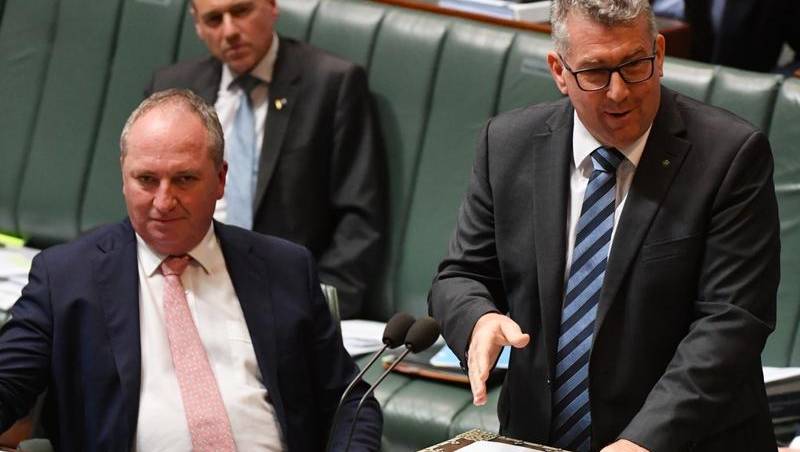 Barnaby Joyce sympathizes with Resource Minister Keith Pitt’s call for the federal government to become a financier of last resort for mining.

Nationals remain stuck in negotiations with the liberals for a target of net zero emissions by 2050 weeks from the COP26 climate summit in Glasgow.

Mr Pitt, a national MP, called on the coalition government to create a donor of last resort for mining projects that could not otherwise get funding.

“I sympathize with what they say because I don’t like the idea that our sovereignty of our nation is determined by a financial arm of another country or a member of the board of directors,” Mr. Joyce told ABC radio on Thursday.

The Australian Financial Review reports that Mr Pitt wants a $ 250 billion loan facility in return for nationals’ support for a net goal of zero.

Liberal MP Jason Falinski thinks it is a bad idea to get the government to fund projects that the private sector does not want.

“We tried this in the 1980s in Victoria. It was called the Pyramid Building Society. It blew up the Victorian economy and almost blew up the Australian economy,” he said.

“Governments that get involved in lending money through private sector companies have never worked anywhere in the world. It is not something that we should be trying to do. “

Meanwhile, Independent MP Zali Steggall plans to reintroduce her climate change bill into parliament when she returns on October 18.

She wants to see a target of reducing emissions by 60% from 2005 levels by 2030 and that the responsible minister have a positive duty to ensure that climate adaptation targets are in place.

“Business, private sector, industry, unions, medical associations, planners have all said loud and clear that climate change bills are the policy framework we need to provide certainty and investment stability, ”she told the ABC.

“We are on the eve of the Olympic Games of international politics, COP26. History will be remembered for leaders who come forward and come forward with a plan to win a gold medal.”

Prime Minister Scott Morrison has indicated he is unlikely to attend the UN talks, but no final decision has been announced.

He maintains that Australia will be represented at a senior ministerial level.