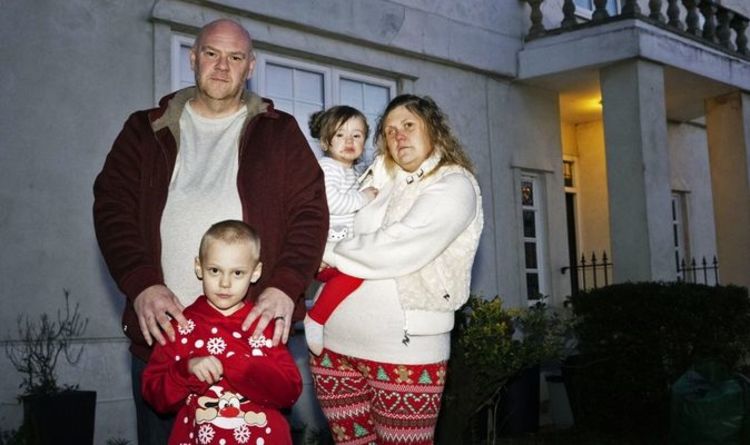 Unless another winter “truce” is imposed, the Generation Rent campaign group says there will be 83 evictions from rented and mortgaged homes for every 3pm bailiff shift during the period. Christmas.

In these cases, a landlord does not need a reason for eviction and tenants only have two months’ notice to find another property with no right of recourse.

During the pandemic, the government banned evictions to keep the roofs above people’s heads. However, since this was lifted in July, tenants are losing their homes at a rate similar to pre-Covid.

The government promised to abolish Article 21 evictions in April 2019. In May of this year, it promised a white paper to lay out all the details of the reforms, but said in October that it would not be. not published until next year.

Generation Rent is calling for the reinstatement of the winter truce that was used last Christmas, to avoid evictions at a time when the multiplication of Covid cases was straining public services.

Director Alicia Kennedy said: “No evictions should take place during the winter given the risk of vulnerable people becoming homeless in freezing conditions.”

274,000 people will be homeless this Christmas in England. (Image: Christopher Furlong / Getty Images)

She added: “Last winter’s truce brought England and Wales into line with other European countries and this should be put in place every year.”

Rachel Walker, 35, blind and with severe kidney disease, is among those facing an uncertain Christmas while awaiting the execution of a clear eviction notice. Type 1 diabetic, she lives with her partner Scott, 45, and their five children in a rented house on Canvey Island, Essex.

She said she had to choose between heating her home and feeding her children as she grappled with the rising cost of living.

She added, “Considering my health issues, I should eat a good diet, but I go days without eating to make sure the kids eat.”

At the same time, a study by the Shelter charity showed that more than 274,000 people are now homeless in England, including 126,000 children.

Among them, 2,700 people sleep on the streets every night. Almost 15,000 single people are in direct-access shelters and more than 250,000 are in temporary accommodation. Most are families.

What is going on with you? Find out by adding your postal code or visit InYourArea

The number of people living in temporary accommodation is the highest for 14 years.

Last week the Sunday Express launched our Save Their Homes crusade in conjunction with The Big Issue, after its founder Lord John Bird warned Britain could witness a homeless tsunami over Christmas.

He said 220,000 people were at risk of eviction as a result of Covid, as Â£ 360million in rent arrears was racked up during the pandemic. Such a “perfect storm” would cost the taxpayer Â£ 2 billion to fund temporary accommodation for families.

To end this, The Big Issue and the Sunday Express are calling on the government to take action on the Â£ 360million in rent arrears – whether through loans, grants or payments – and to provide additional support to those who cannot pay their rent or their mortgages due to Covid. . The campaign also calls for an end to no-fault evictions and for the government to provide jobs and training.

More than two thirds of the homeless in temporary accommodation are in London.

Luton has the second highest rate, followed by Brighton.

Homelessness is already terribly widespread – 274,000 people will be homeless this Christmas in England.

Most will be families spending Christmas in dismal temporary accommodation with their children, often four in one room with no space to eat or play.

Some will be single, enduring the wind and cold as they sleep in icy streets or at the doorstep of shops. And everything could get a lot worse.

After a difficult year, this winter is going to be even more difficult for many.

The cost of living is rising rapidly – the weekly grocery store and electric bills are getting more and more expensive. The Â£ 20 reduction in universal credit reduced income further.

And all Covid protections like “Everyone In” and the ban on deportation are gone. The pressure builds up.

Our frontline counselors see the gauntlet of the impossible choices people face. While doing everything they can to pay their rent, the next thing is to decide whether to eat that night or leave the heat on for an extra hour because the children are cold.

At the height of the crisis last year, the government rightly put an eviction ban in place, but it lasted for the summer.

He also gave the councils Â£ 65million to help clear Covid backlogs for people in dire straits. It was once again the right thing to do. But there is no way it will reach all of the people whose incomes have been severely affected. As it stands, it is inevitable that we will see a rising tide of evictions in the months to come. Our emergency line is already feeling the effects. We receive 1,000 calls a day, the vast majority of people already homeless or close to them.

Too many people will have sleepless nights this Christmas worrying if it’s the last in their home. They cannot afford another rental and an eviction could cause them to become homeless.

This perfect storm of costs, cuts and debt could open the floodgates and worsen our already dire housing emergency.

Who benefits from the $ 157 million loan approved by the World Bank in June 2021 for Liberia?