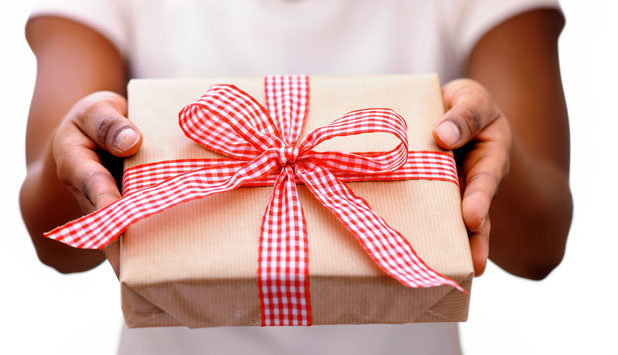 Giving and Local Government: The Basics of Giving and Receiving

Although there is no similar legislative provision for counties, counties nevertheless have the inherent power to accept donations.

Receiving gifts raises a host of issues, most commonly policies and procedures, reporting, and how to handle gifts with requirements. Let’s look at each.

A common question is whether or not donations to a local government are tax deductible. The IRS code at 26 USC §170(c)(1) states that a donation is tax deductible when it is intended for:


A state, possession of the United States, or any political subdivision of any of the aforementioned states, or the United States or the District of Columbia, but only if the contribution or donation is made for exclusively public purposes.

Note that the donation must be for “public purposes”, so it must not be intended to benefit any particular individual or group.

Additionally, the IRS requires certain documentation of the donation, as explained in Publication 1771, Charitable Contributions – Substantiation and Disclosure Requirements. As noted on page four, if a donor wishes to claim a tax deduction for a donation to a local government that exceeds $250, the donor must obtain a written acknowledgment from the local government that contains the following:

However, it is not necessary to include the donor’s social security number or tax identification number on the written acknowledgment.

A best practice is for local governments to develop a donation acceptance policy and include any limitations on donations. The Town of Lakewood is accepting donations as follows:


The City may only accept and use donations for purposes related to the powers conferred on it by law. Any donation to the City that is accompanied by a contingency, term or condition on the use by the City of such donation that is inconsistent with this chapter or contrary to law must be refused by the city. The City may refuse to accept any donation that is inconsistent with the policies, plans, objectives or any other ordinance of the City.

What to do when gifts come with restrictions

If the donation is unrestricted, it can be used for any municipal purpose. However, some cash gifts, such as a bequest, may have requirements on how the funds can be spent.


Note: For financial reporting purposes, all unspent donations at the end of the year with restrictions would be reported in the restricted year-end fund balance.

This covers the basics of accepting donations. Some local governments seek partnerships with businesses and communities to sponsor community programs, events and facilities as part of their business plans for funding. For examples of sponsorship/naming policies adopted by local governments, visit our Corporate Sponsorship and Naming Policies webpage.

In general, local governments are not allowed to donate public funds. Article 8, Section 7 of the Washington State Constitution prohibits any local government entity from giving a gift or lending money, property, or the credit of the entity to any private party. Article 7 authorizes the use of public funds to provide “necessary support to the poor and infirm”. An example would be utility assistance programs that offer reduced payments or rates to low-income customers or people with disabilities.

In addition to supporting the poor and infirm, a donation from a local government should meet certain criteria. The courts have used a two-step process to determine whether or not a local government granted a donation of public funds. First, they will look to see if the funds were used to achieve a fundamental government objective. If the answer is yes, then there was no donation of public funds. Second, the courts will determine whether the government “intended to give” and whether it received an adequate return for any transfer of funds. Visit the MRSC Donation of Public Funds webpage for a more in-depth analysis of this constitutional prohibition.

Many local governments may run into a problem donating public funds when donating surplus property. Local governments should put in place procedures and policies on surpluses and ensure that adequate care is taken to avoid donating surplus. In some cases, excess items will have de minimis or no cash value. The local government could probably justify donating such items if it includes certain steps as part of the surplus process. For example, the governing body should declare these items surplus and include a description that demonstrates the items have little or no value (e.g. obsolete, obsolete, broken, etc.)

In 2014, the town of White Salmon was getting rid of old, outdated tasers. The resolution for the surplus tasers notes that the city will donate the batteries and taser holsters to Skamania County, and explains the rationale: the county was still using the same model of surplus taser, so the city decided to donate the cases and batteries as spares. The city was able to justify donating these coins since the county is another local government and citizens of the city receive services from the county on occasion. As such, there was no issue of donating public funds.

Local governments should have policies and procedures in place for receiving and giving donations. The implications of accepting or donating should be considered. Proper procedures for donations must be followed to avoid a problem with donating public funds.

Eric Lowell joined MRSC in December 2020 as a financial consultant. He has been involved in local government finance for over 13 years, including municipal government as well as a special purpose district.

Eric holds a BA in Secondary Education from Arizona State University and a BS in Accounting from Central Washington University.

SEE ALL MESSAGES BY Eric Lowell