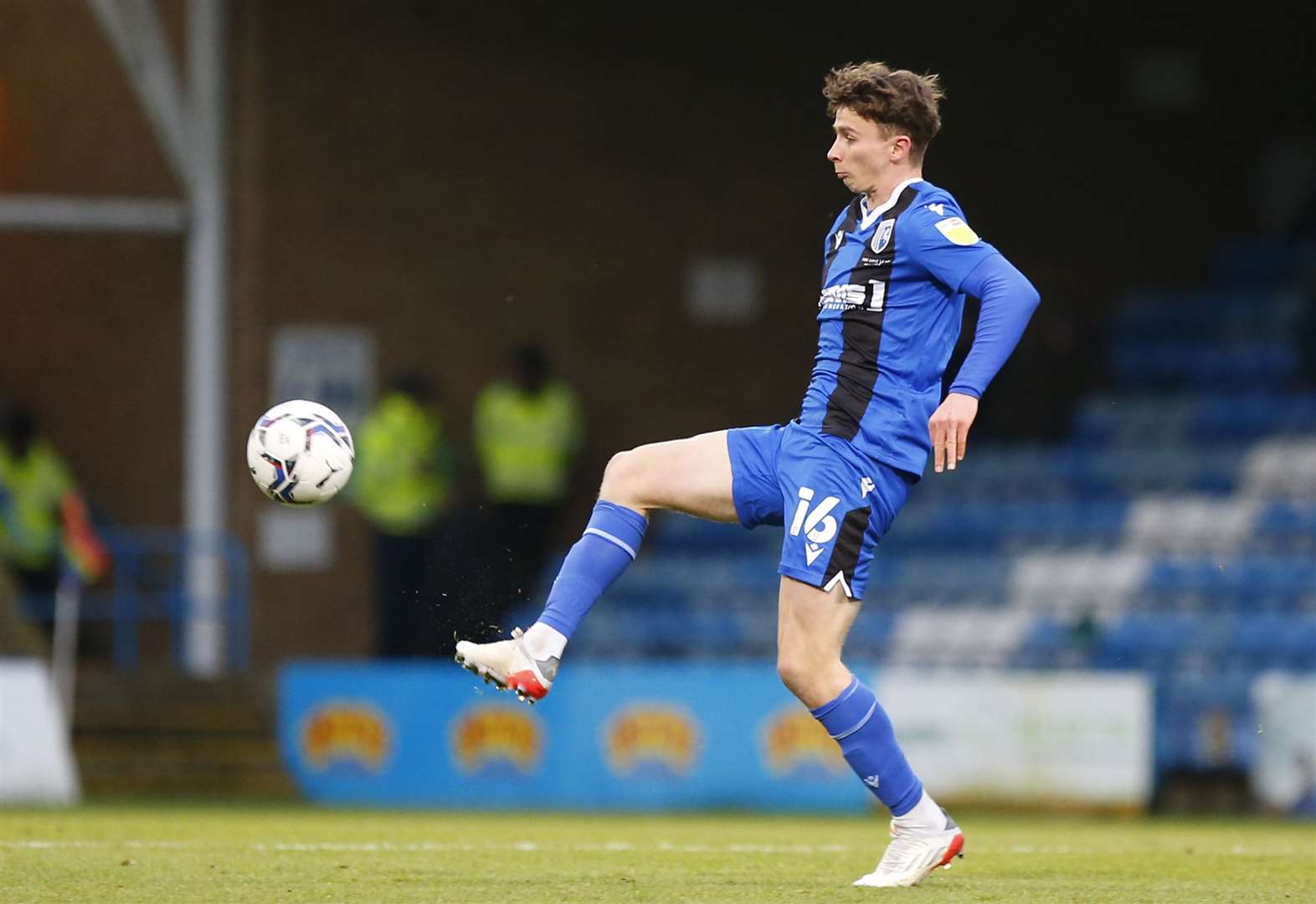 Dan Adshead’s loan spell with Gillingham appears to be over.

The Norwich City midfielder broke a bone in his foot midway through his loan spell and returned to the Premier League side to recuperate.

Since that injury, the Gills have seen Steve Evans leave as manager and Neil Harris take over.

Adshead, 20, played 19 games for the Gills after joining the club in August.

Harris was asked about the midfielder and whether he was still on loan. Speaking on Thursday, the Gills boss said: “No, he’s returned to Norwich, just because of an injury.

“I haven’t been able to work with Dan and haven’t seen him but we have a good relationship with Norwich, my bond with them is very strong.”

Gillingham has loaned out Tom Dickson-Peters from Norwich and the young striker has made four appearances from the bench in League One.

Harris, meanwhile, was on the lookout for additions, but admits it’s hard to find ready-made free agents. He got the go-ahead from Gills chairman Paul Scally and the search continues.

He said: “There’s a chance and we’re looking, we’ve talked about it, we’ve brought people in, we’ve researched and we’ve talked to people, but how many players move and sign for clubs in February?Very little.

“We can relate to the players and see who is available, but are they actually available and fit and do they want to come to Gillingham in Ligue 1, location wise, if they live in the north or in abroad? There’s a lot to consider when it comes to free agents.

“We would like to add. Is there a margin to add? Was the president supportive? Yes massively. Is it likely? Nothing is improbable with the players but it is very difficult. If we are what we are until the end of the season, it’s my job to make sure I get the best out of the players.

“If there is a player who we believe can add value to the group by the end of the season, in terms of performance, experience or leadership, then with the right qualities we could add .