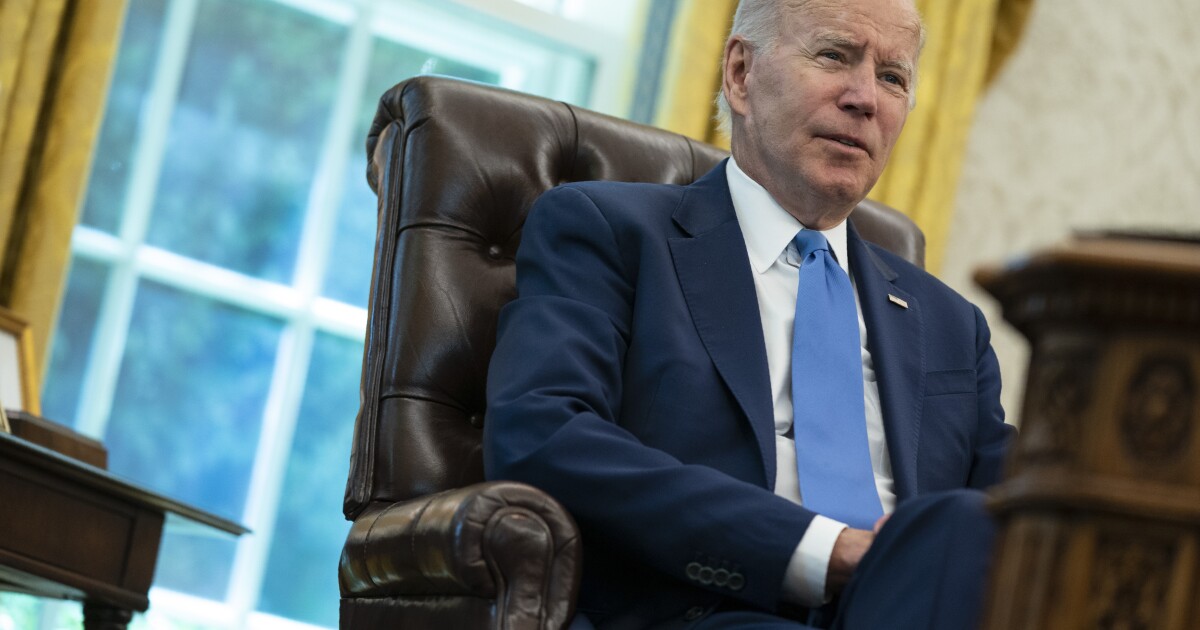 PResident Joe Biden has leaned heavily on the Defense Production Act since taking office to boost supplies of everything from COVID-19 testing to baby formula and insulation.

He is also tapping into the statutory fund to advance some of his green energy priorities, the progress of which has been stalled in Congress, and plans to do so again to try to deal with the consequences of the shortage. of the country’s oil refining capacity.

Support for Biden’s use of the DPA has been bipartisan in some cases, such as its use to boost production of critical minerals, and some lawmakers have urged him to use DPA authorities in areas where he has refused. so far.

Here’s a look at one of Biden’s favorite laws:

Congress passed the DPA and it was signed into law by President Harry Truman after the start of the Korean War in 1950.

It gave the president new authorities “to shape the national industrial base so that, when called upon, private industry and other entities are capable of supplying the essential materials and goods necessary for national defence”, according to the Congressional Research Service.

The scope of powers has since been expanded and has been used to respond to natural disasters and terrorist attacks.

Under the law, the president can require companies to accept contracts for materials and services determined to promote national defense, develop loan guarantees and purchase commitments to induce industry to produce more of a given good and to establish voluntary agreements with private industry, among other measures. .

It also gives the president access to the Defense Production Act Fund, which the Department of Defense oversees. The fund’s budget for fiscal year 2022 is $544 million.

How have other presidents used it?

Former President Donald Trump used the DPA to enable the production of more personal protective equipment and ventilators during the early days of the COVID-19 pandemic.

Over time, various powers of the DPA have been delegated to executives and other agencies.

“In the past, it was understood that these powers were reserved for legitimate national security concerns,” said Philip Rossetti, senior energy researcher at the R Street Institute. “That was the normal use, and it didn’t cause controversy. But now the question is, exactly how far is that authority? No one has tested the limits.”

How did Biden use it for energy?

Biden, who has set a goal of half of all new vehicle sales being electric models by 2030, determined on March 31 that more domestic mining and processing of critical minerals, such as lithium , nickel and cobalt for the purpose of producing large capacity batteries, is “essential to national defense”.

The presidential memorandum directed the Pentagon to oversee feasibility studies for mature mining and processing projects and consult with other executive agencies to support mineral production.

Biden also recently invoked the DPA to increase domestic production of solar panel components and other green energy technologies, deeming it necessary because “industry cannot reasonably be expected to provide the capacity” for them “in a timely manner”.

The June 6 memoranda would support the production of photovoltaic modules and other products used to build solar panels, for example by helping to finance new factories, as well as the production of insulation, electric heat pumps and transformers.

Biden’s greenhouse gas emissions targets call for halving emissions across the economy by 2030. He also envisions “100% carbon pollution-free electricity” by 2035, which would require a massive increase in generation from renewable sources, including solar power.

What are the limits of the DPA?

Of the $544 million available in the DPA fund for this fiscal year, more than $110 million, or about 20%, has been committed, according to a government spending tracker.

Solar makers in particular have noted limitations on the size of the Defense Production Act Fund, saying Biden’s use of the DPA does not replace legislation implementing longer-term policies, such as tax incentives, to facilitate further manufacturing.

The solar is also competing for DPA funding against other priorities, including infant formula.

What was the political reaction to this?

Republicans and Democrats have urged Biden to use DPA authorities for various energy-related purposes since the start of the war in Ukraine.

Rep. Jared Golden (D-ME) and three House GOP lawmakers asked Biden to use DPA to increase oil production, while Liberal Democrats have asked him to use it for renewable energy technologies.

The senses. Joe Manchin (D-WV), Lisa Murkowski (R-AK), Jim Risch (R-ID) and Bill Cassidy (R-LA) have called on Biden to use DPA for the production of critical minerals, which he finally did.

CLICK HERE TO LEARN MORE ABOUT THE WASHINGTON EXAMINER

“We know clean energy is key to defeating the climate crisis and ensuring affordable, reliable power for every home – today President Biden delivered to Americans on both fronts,” said the co-founder. from Evergreen Action, Sam Ricketts, on the solar memorandum.

Meanwhile, some Republicans have been critical of and sought to curb Biden’s use of the DPA.

Rep. Bob Gibbs (R-OH) introduced legislation that would amend the DPA to prevent it from applying to solar PV modules and other solar panel inputs.