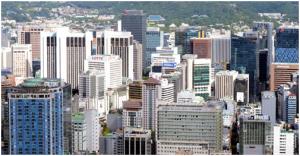 Companies postponing their investments due to exchange rate risks


Businesses large and small are hastily increasing their cash as economic conditions deteriorate.

The won-dollar exchange rate is rising rapidly along with interest rates amid another economic recession, which is also seriously affecting startups. The number of startups in South Korea has increased a lot in recent years and most of them have not yet established their profit structures. The investments from outside, essential for the structures, are becoming more and more difficult to obtain.

The government has recently asked banks to appropriately manage their business loans as well as household loans. Banks are tightening lending, with the Fed likely to raise its benchmark rate by 0.75 percentage points four times in a row.

The financial indicators you need to know