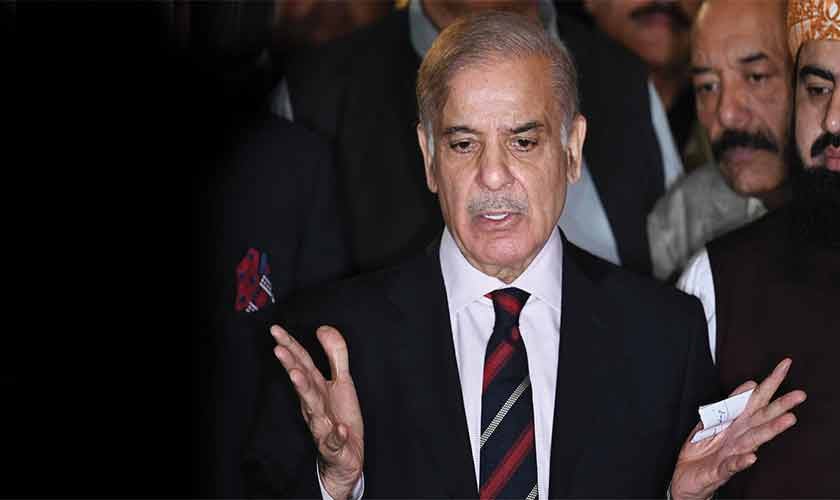 Although they have taken advantage of International Monetary Fund (IMF) loans nearly two dozen times, the people and politicians of Pakistan still resent him, mainly because of the bitter pill he prescribes with the bailout package. For more than a decade now, the IMF has tried to put a human face on the conditions attached to its support. It no longer insists on painful and indiscriminate structural adjustment programs; instead, it insists that borrowers should save resources for essential social spending, such as health, education, and/or targeted subsidies.

Most of our governments honored their commitments with the Fund until they received the first loan tranches. They violated their commitments and tended to spend lavishly before the elections, which led to a rupee (tax) and dollar (current account) deficit. Their successors then had no choice but to approach the IMF again with a request for a loan to appease the post-election hangover.

The corrective measures agreed with the Fund in the letters of intent of the last three programs from which the PTI (ongoing program since 2019), the PML-N (September 2013 to September 2016) and the PPP (from 2008, which has concluded prematurely in 2010) have much in common. The three governments agreed that Pakistan’s economic difficulties stem from a lack of implementation of “much-needed” structural reforms, sluggish revenue collection, cross-subsidization of state-owned enterprise (PE) losses, politically motivated decisions by the State Bank of Pakistan (SBP) and energy circular debt.

Politicians from all political walks of life not only know what is hurting the national economy, they also know how to fix it. The remedy lies in non-populist reforms that many politicians do not dare to adopt under normal circumstances. Such reforms are often only feasible if the government is “constrained” by the IMF. The government then blamed the “irresponsible attitude” and the “poor economic management” of its predecessors. For its part, the opposition accuses the government of taking ruthless economic measures under the influence of the IMF.

The essential economic reforms then become the victims of these political games. That the government in place harshly criticized the government of the day during the opposition era does not help. Let me explain.

Blaming the economic mismanagement of the Shaukat Aziz government, the PPP government approached the IMF for a bailout. It pledged to improve revenue administration (including General Sales Tax), manage energy circular debt and differential tariff subsidies by increasing electricity tariffs, end the SBP provision for the purchase of fuel oil, to move to a single treasury account and to strengthen social safety nets. The government has encountered strong resistance from the PML-N, particularly on the harmonization of the GST and the increase in electricity tariffs. She also had to leave the IMF program mainly due to the devastating floods of 2010-2011.

The PML-N, despite its opposition to structural reforms led by the PPP, has committed to similar reforms as part of its IMF program. He pledged to improve revenue administration, introduce a plan to rationalize gas prices, give autonomy to the SBP, reduce the losses of state enterprises, settle the circular energy debt, initiate revenue-based offloading and eliminate exemptions and concessions granted through SROs. etc.

However, as the 2018 general election approached, the PML-N government resorted to populist measures and embarked on a spending spree. The government formed after the elections then had to return to the IMF.

The PTI, a staunch opponent of the IMF program of PML-N, did not ask for an IMF loan for ten months after taking power. However, ad hoc deposits from friendly countries have not proved a substitute for the structural reforms needed to stem Pakistan’s economic hemorrhage. The PTI government finally approached the IMF in 2019, making essentially the same commitments that its predecessors, the PML-N and the PPP, had made when in power. The PTI has been harshly criticized by the main opposition parties (the PML-N and the PPP), in particular over the increase in energy prices, the removal of TPS exemptions and the autonomy of the SBP under pressure from the IMF.

After a successful no-confidence vote against the PTI government led by Imran Khan in April 2022, the PDM alliance (comprising PML-N, PPP and a few others) came to power and, after initial reluctance, is taking over the IMF program. actions to ensure a resumption of the program.

All three parties, when in opposition, criticized the government for making life difficult for the people of Pakistan under the IMF diktat. The only difference between their IMF programs was that unfulfilled commitments in one program became “prior actions” for the release of a loan tranche under the next program. Compulsory prior actions made the IMF program painful for the people and the government.

Two things stand out very clearly from Pakistan’s engagement with the IMF over the past few decades.

First, when in the opposition benches, most political parties oppose economic reforms without proposing a workable alternative plan. They claim a political victory when the government succumbs to their pressure and deviates from commitments made to the IMF.

Second, when on the Treasury benches, the same parties are forced to approach the IMF “to clean up the economic mess” left by their predecessors and thus refuse to take ownership of the program. If they want to take ownership and work to bring about reforms, they lose their political capital and popularity.

This is the context of the charter of the economy or of a “consensus on economic reforms” that several organizations, including the Sustainable Development Policy Institute (SDPI) have been proposing for a long time. The outgoing Prime Minister had, in this spirit, proposed cooperation on the economy in 2018 as leader of the opposition in the National Assembly. As House Leader, he reiterated the proposal.

Meanwhile, political polarization is at its peak. The talks for the search for a consensus between the political parties, even on a minimal economic program, seem unrealistic.

Top political leaders must remember that they tried to fix Pakistan’s economic problems when they were in power and opposed the same corrective measures when they were in opposition. The lose-lose approach will hurt them in the future and the people of Pakistan constantly.

Anyone from the three major parties could lead the government after the next general election. They would be tasked with tackling the economic challenges facing the country. Forging a consensus on the economic path to take today will make their lives easier.

Economic security is the central linchpin of Pakistan’s national security and an essential element of its national security policy. All stakeholders, inside and outside parliament, must ensure Pakistan’s economic security and sovereignty. We propose that like the National Security Council, a statutory body eventually called the Economic Security Council – comprising the Prime Minister, House and Senate opposition leaders, cabinet members responsible for the ministries of economy and energy, chief ministers of all provinces, and representatives of the armed forces of Pakistan – should be constituted.

The board should deliberate on economic challenges and collectively take ownership of much-needed political and structural reforms in the short, medium, and long term, with or without an IMF program. It is also expected to forge consensus on possible relief measures to protect the people of Pakistan from the effects of these reforms and suggest measures to strengthen existing social safety nets.

Such a forum or any other forum representative of all stakeholders would provide much needed certainty to development partners and the people of Pakistan in the context of the current political uncertainty, which in turn has led to economic uncertainties. It is time to think beyond partisan interests.

Your money – FD Floating Rate: Is it a good idea?