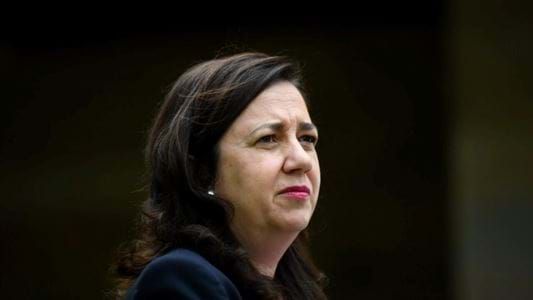 Queensland Premier Annastacia Palaszczuk called the premier’s decision to include the state in a national emergency declaration too little, too late.

“The timing of this national emergency was probably a week ago, so we’re actually past that. The floodwaters have receded,” Ms Palaszczuk said on Thursday.

This follows Scott Morrison’s announcement from Gallipoli Army Barracks in Brisbane that to extend a national emergency declaration in Queensland he needed state approval.

“I will be speaking with the Premier (of Queensland) after this press conference. We will be talking about a number of issues, of course the flooding issues and being very important in those and moving on to the statement state of emergency, which I spoke to the Premier of New South Wales about yesterday,” he said.

“I will speak to the Premier of Queensland today and hopefully that will allow us to move forward tomorrow when I see the Governor-General in Canberra.”

But, the premier said the state had managed the flooding crisis along the southeast coast, without help from the federal government.

“Queensland has very good disaster management arrangements in place. Unfortunately we have seen a lot of national disasters so we respond very quickly,” he added. said Ms Palaszczuk.

“We’ve actually used our own state-specific disaster declarations and they’ve provided us with all the necessary powers that we need, especially when that means like closing roads or closing schools or moving people.”

The statement comes as more than $1 billion in claims have already been made in relation to the Queensland floods as the massive cleanup continues.

Meanwhile, Ms Palaszczuk raised concerns about the impact of the floods on Australian produce, which could quickly escalate into a national dilemma.

Visiting the Lockyer Valley on Thursday, the prime minister said the damage in the area was just a snapshot of crop losses, with the state receiving 1,343 requests for help from that region, with 54 farmers reporting catastrophic impacts and 22 major impacts.

“As far as agriculture in the Lockyer is concerned, it is valued at over $398 million,” she revealed.

“Producers working with the Ministry of Agriculture, they are entitled to assistance.” said the prime minister. “These are joint grants from Commonwealth States of up to $75,000 for a primary producer, and low interest loans are also available,”

Queensland’s disaster declarations for Gympie, Brisbane and Maryborough are set to be lifted on Sunday.

Get the latest breaking news from SCA newsrooms across Australia. Short, simple and all you need to know.